LITTLE VILLAINS were formed in 2006 by none other than the legendary MOTÖRHEAD drummer Phil “Philthy Animal”Taylor, Mr James Childs of AVON & UK rock group AIRBUS and the Welsh bass player – Owen Street of desert rockers WAXY & sludge group VAILS.
The band plays hard and heavy rock and roll, that’s it!

Unfortunately Philthy is no longer with us but, his music shines on in true Motörspirit with his exceptional performance on the LITTLE VILLAINS ‘Philthy Lies’ album proving his explosive drumming technique was more than intact many years after his departure from MOTÖRHEAD!

Despite personal circumstance preventing the band from ever breaking out, it has now been decided that the music deserves to be heard with the band signing to HEAVY PSYCH SOUNDS and will be represented by James , Owen & the very capable AIRBUS drummer Chris Fielden to continue the group’s legacy and grow! 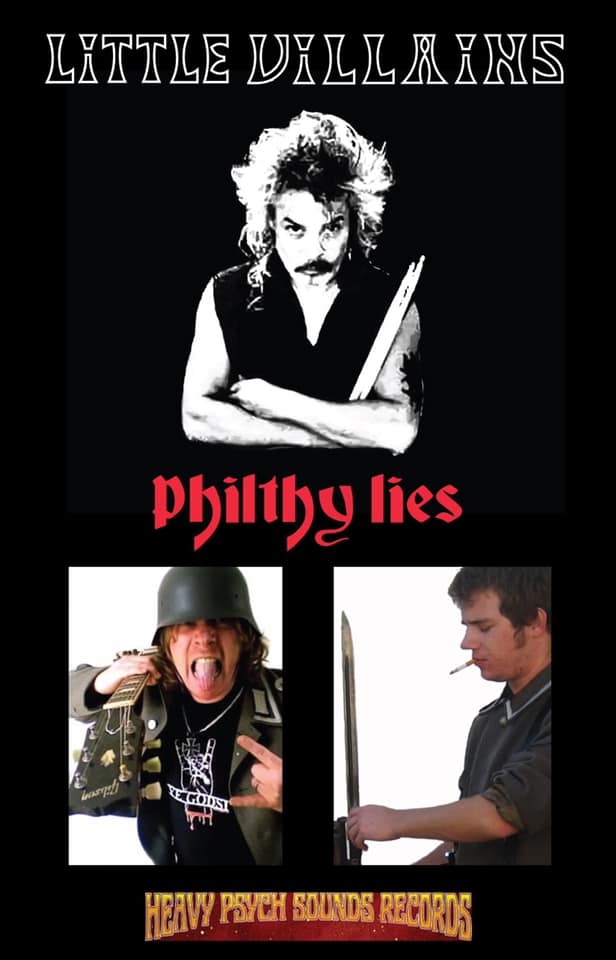